I’ve discussed my musical path with a few people, so I decided I’d get it all done in one spot; many blog posts. Strap yourself in.

It started early, in my head it plays out that my dad had just purchased a new hifi system. Â It was an AKAI unit it was the late 80s and i’m pretty sure he may even still have the amp section somewhere, the rest is long gone. Â With this came music, but I wasn’t allowed to touch it. 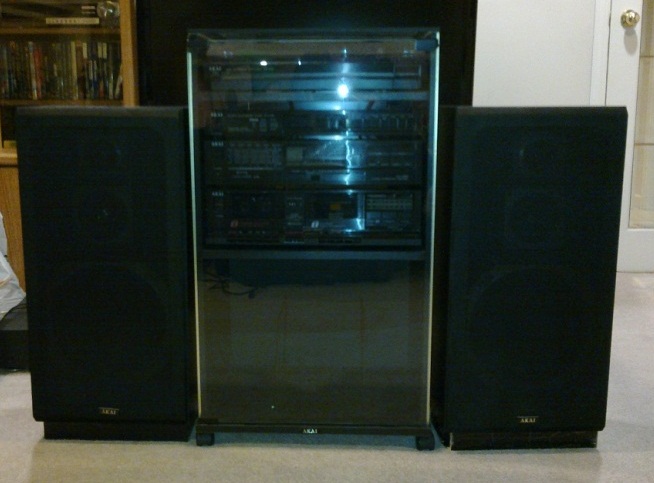 That thing (or another version of it, i stole that image from some canadian internet guy), started the journey of music in my life. Â There’s a turntable up top, an EQ, a Tuner & a dual tape deck with dolby NR and a vinyl rack down the bottom. Â If I had kids now I wouldn’t let them touch it either, but pretty quickly I was allowed to play tapes and radio. Â As I now understand vinyl is gold, you don’t let your kids play with it. Â I’m pretty sure I was packing a walkman (it wasn’t an ACTUAL sony walkman) by this time and it all began.

The first few tracks I remember really enjoying was the theme to the Footrot Flats movie (mum dad had taken us to the drive in to see it a few times), Dave Dobbyn’s Slice of Heaven and then the Choir Boys – Run To Paradise.

These are both stand out tracks from my early child hood, they were boths hits in 87 when I was 5 and to be honest I don’t remember much before that. Â For years I would go on thinking Run To Paradise was by ACDC, later to find out it was actually the Choir Boys. Â I feel stupid, but their entire album was produced by George Young ( from the Easybeats and a producer for AC/DC) so I just see it as my first great musical observation.